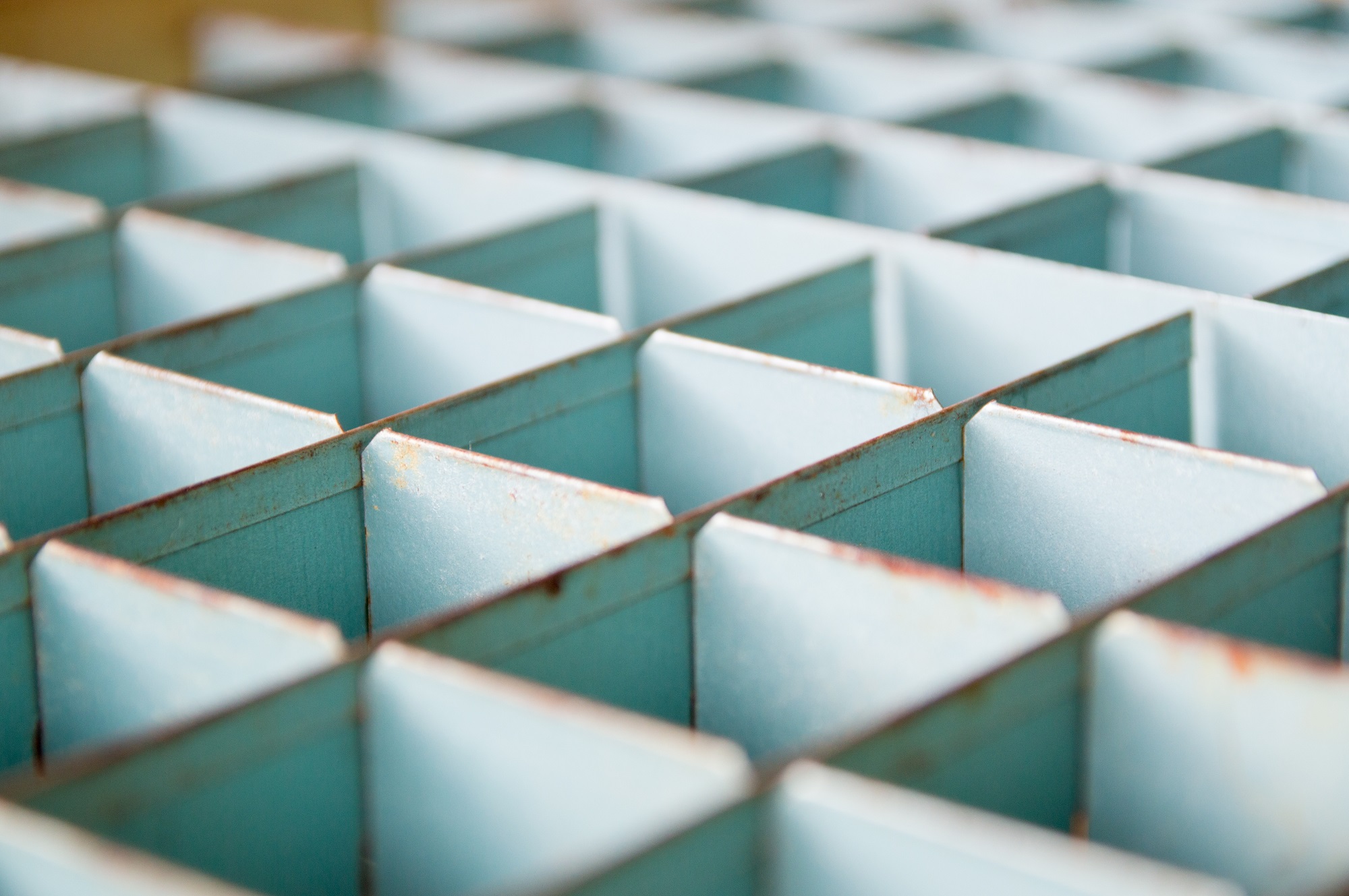 In this post, I would like to explain a basic but confusing concept of CUDA programming: Thread Hierarchies. It will not be an exhaustive reference. We will not cover all aspects, but it could be a nice first step.

If you are starting with CUDA and want to know how to setup your environment, using VS2017, I recommend you to read this post.

From CPU to GPU

To get started, let’s write something straightforward to run on the CPU.

Now, let’s change this code to run on the GPU.

The cudaDeviceSyncronize function determines that all the processing on the GPU must be done before continuing.

Let’s remember some concepts we learned in a previous post:

At a high level, the execution configuration allows programmers to specify the thread hierarchy for a kernel launch, which defines the number of thread blocks, as well as
how many threads to execute in each block.

The execution configuration allows programmers to specify details about launching the kernel to run in parallel on multiple GPU threads. The syntax for this is:

Thus, under the assumption that a kernel called printHelloGPU has been defined, the following are true:

Let me try to explain this graphically: 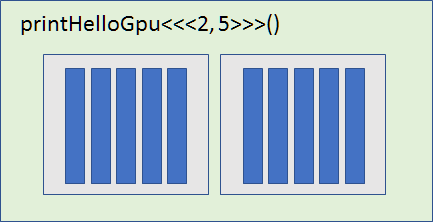 In the kernel’s code, we can access variables provided by CUDA. These variables describe the thread, thread block, and grid.

gridDim.x is the number of the blocks in the grids. 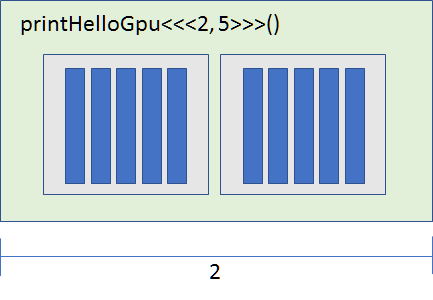 blockIdx.x is the index of the current block within the grid. 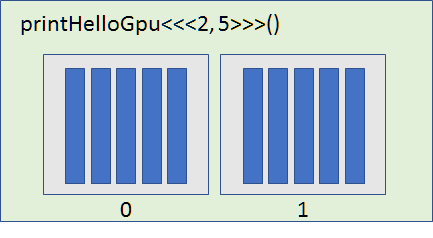 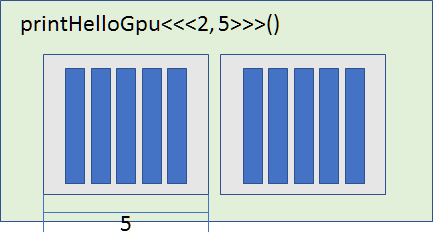 threadIdx.x is index of the thread within a block (starting at 0). 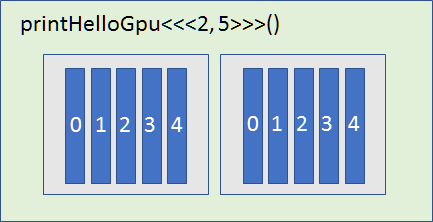 As you noted, we have been using the suffix .x for all variables. But, we could use, .y and .z as well.

The CUDA threads hierarchy can be 3-dimensional.

We can use the dim3 structure to specify dimensions for blocks and threads. In the example, we specified we are creating a 2-dimensional structure (3x3x1).

Deciding what execution configuration to use

So, what configuration is right? Answer: All choices are valid. What should you use? It depends.

As you know, each thread will run the kernel once. If you are working on some data in memory, you should use the configuration that makes easier to address the data, using the thread hierarchy variables. Also, your graphics card has limitations that you need to consider.

If you are like me, you will need some time to understand Thread Hierarchies. In future posts, I will start to share some practical examples that can make it simpler. 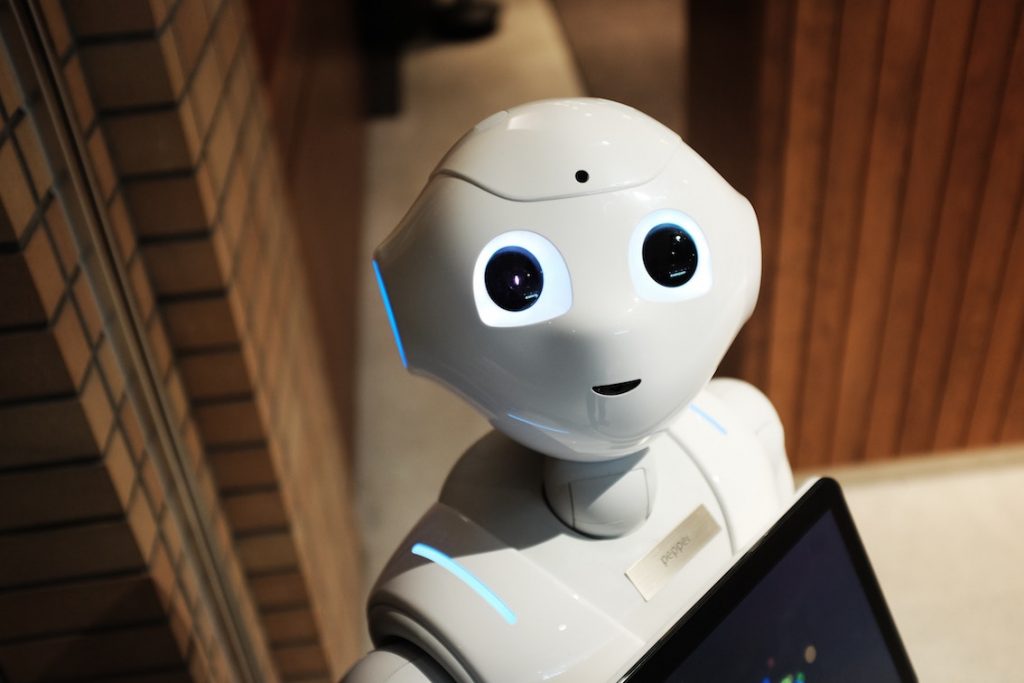 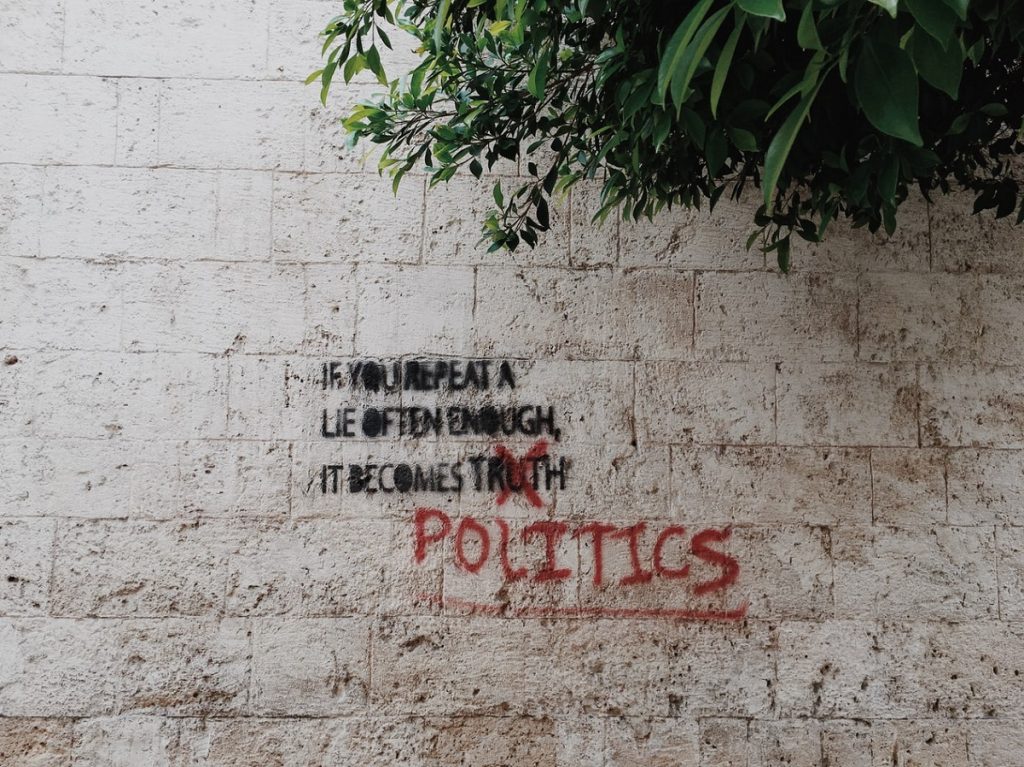 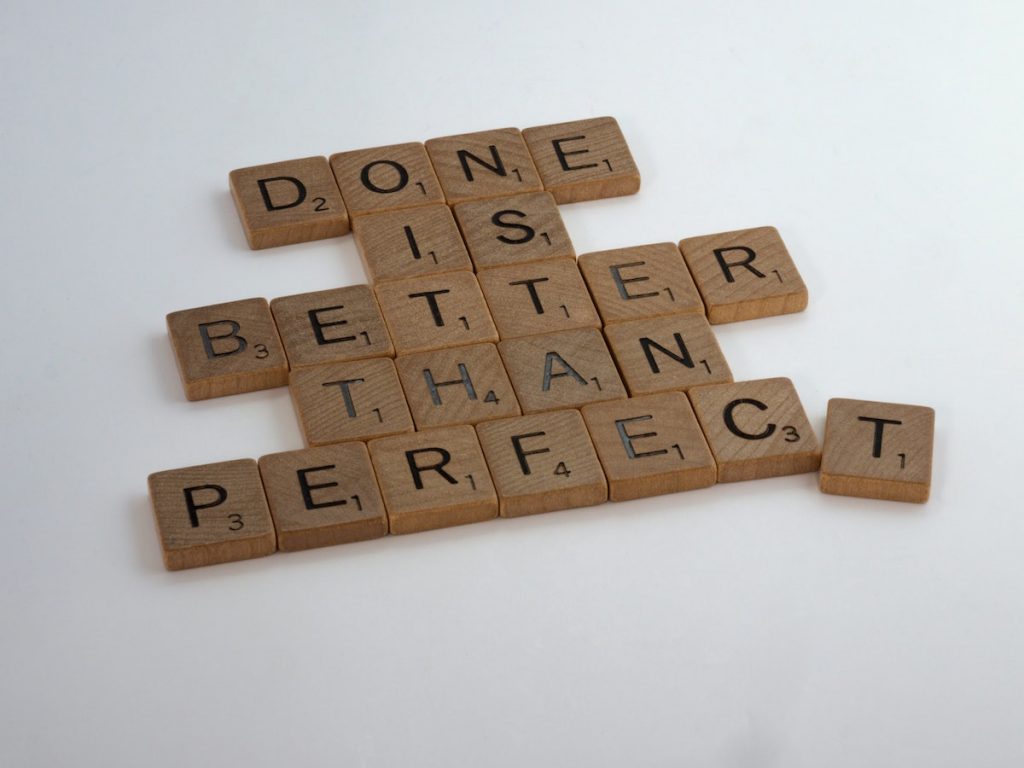 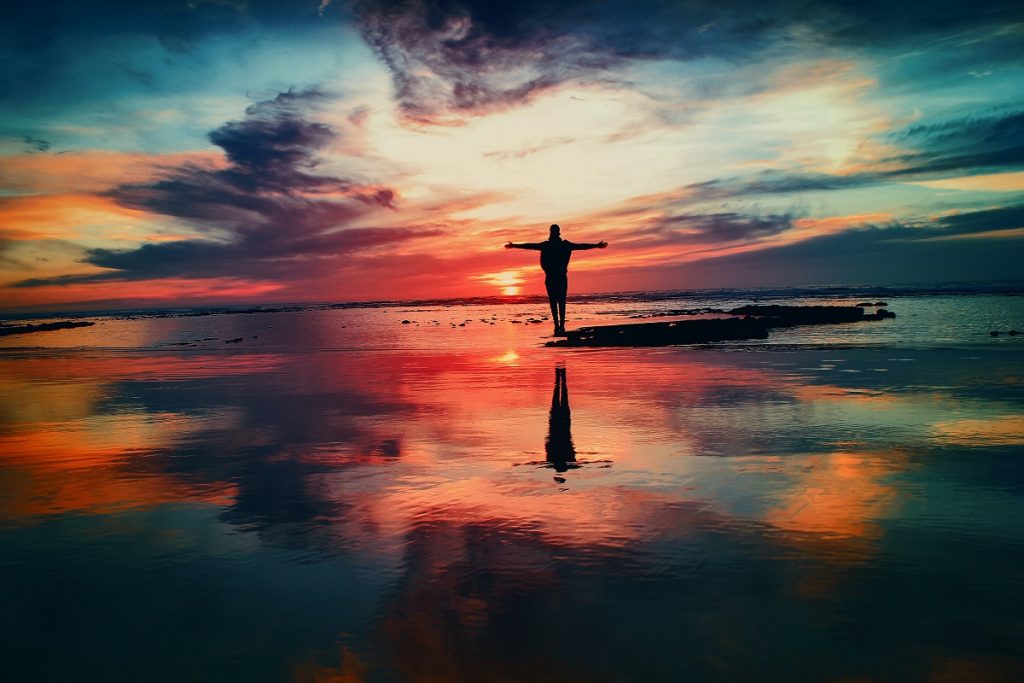 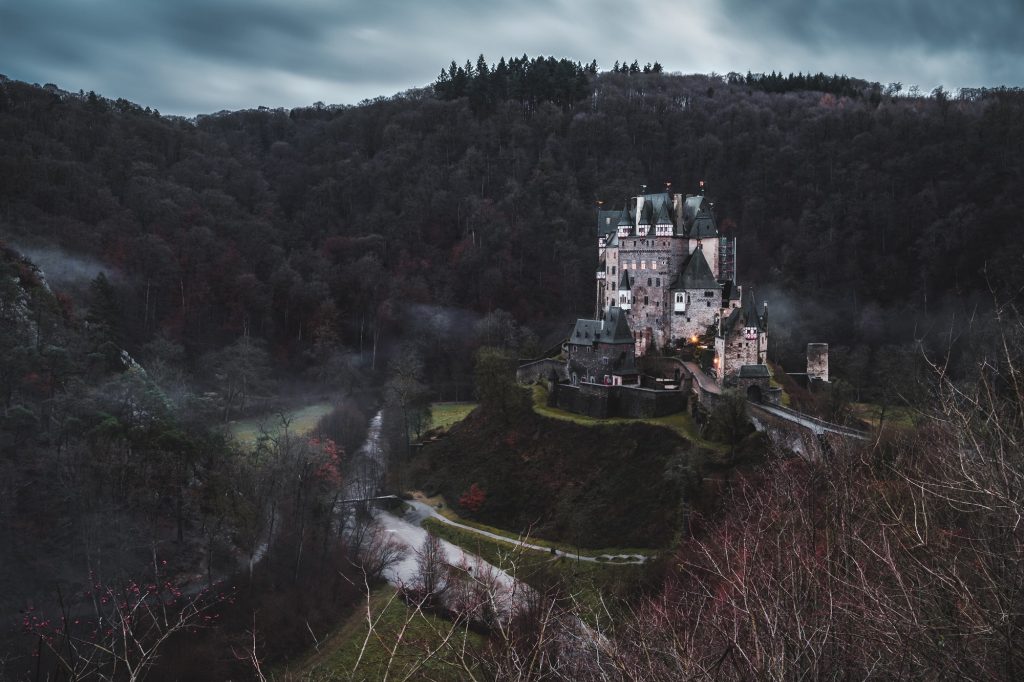 Thinking about Microservices: The Fiefdom and the Emissaries

Are you designing Microservices? So, I would like to share a fascinating slide deck that I discovered recently. That comes... 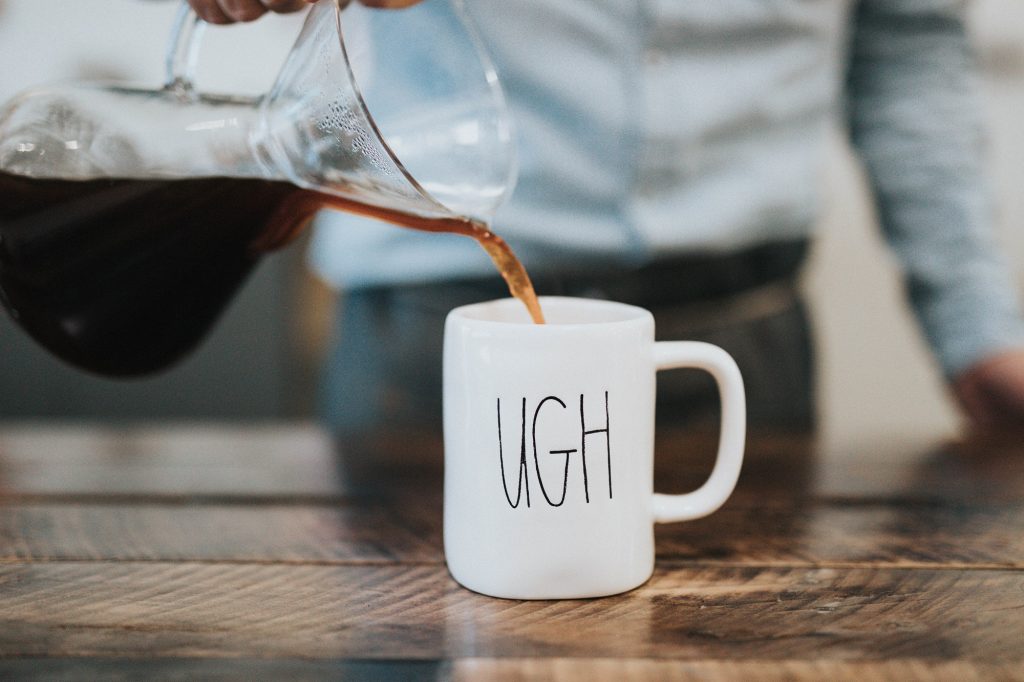 As professionals, we should focus on developing great technical solutions. But, these solutions need to solve real problems. At the...
VER TODOS OS ARQUIVOS